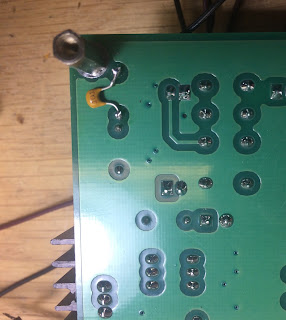 Wayne, NB6M has written in. he says :


Thanks for the hack Wayne, we'll see how we can incorporate this in the next batch of the PCBs. In th meantime the amateurs in the USA can make this fix.

Posted by Ashhar Farhan at 9:58 PM